This double plaque is carved and engraved on both sides. One side shows a bathing Venus, accompanied by Amor with a bow and arrows. In the background are nymphs and putti. A classically inspired palace after Italian models completes the picture. On the other side, gods in heaven can be discerned in the foreground. Venus is displayed with a burning heart in her hand. In the background, Mars is seen with a shield. A nymph is seated on a horn of plenty, out of which a putto snacks on grapes. Water pours from different objects into a tazza held by a putto. Based on stylistic grounds and technical sapects, this plaquette is attributed to Cornelis Bellekin. 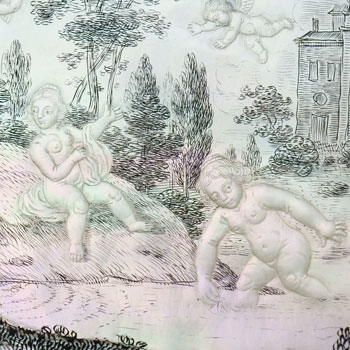 Bellekin is presumed to have been a son of Jean Bellequin (or Belkin), a motherof-pearl craftsman born between 1596 and 1597 and subsequently active in Amsterdam. Between 1619 and 1625, Jean Bellequin married three times. His last marriage was to Annetje Cornelis, who, in view of her name, is, of his three wives, the one most likely to have been the mother of Cornelis.

Among Jean’s several children were the painter, Claes Bellekin (a child by his first marriage) and the mother-of-pearl engraver, Joannes Belkien (a son of Annetje), about whom no further details are known. No archival documents have been found confirming the birth of Cornelis by Jean Bellequin’s marriage to Annetje.

Hailing from Metz, and an armourer by trade, Jean Bellequin established himself in Amsterdam in 1608. His switch to the occupation of mother-of-pearl craftsman was not as great a step as it may seem at first: one need only think of the firearms and guns of the time with their splendidly crafted mother-of-pearl inlays.

Little is known about the life of Cornelis Bellekin, except for the fact that he attained great fame. On 2 February 1696, he placed a newspaper advertisement that is nevertheless highly revealing:

“Cornelis Bellekin, artist, has invented an Instrument enabling him to bore into diamonds, pearls, agates &c. in as thorough a manner as has ever been practiced; he improves, amongst other things, all pearls exhibiting yellow or impure films or large holes; he makes them purer and reduces their cavities, polishes all manner of sea denizen and red coral, and also modifies delicate East Indian rarities and cabinets of all types, and carves, amongst other things, likenesses on motherof-pearl, amber and red coral and all manner of histories on various materials, on exterior as well as interior surfaces; he resides in Koestraat, at the horse pond house: Witteling, at Amsterdam.”

As reflected in the advertisement’s opening words, Bellekin (justifiably) regarded himself as an artist. This shell bearing carved and engraved scene on both sides represents one of Bellekin’s greatest technical achievements.

Carvings on both sides are a rarity

Shells carved and engraved on both sides are a rarity. The only examples mentioned in 18th-century auction catalogues are as follows: Lot 90 at the auction of 23 March 1746 at F. de Haas Rotterdam:
an exceptionally beautiful double-valved mother-of-pearl shell, featuring astonishingly handsome carvings, on both sides, by the renowned Belkin.

The collection in question, which consisted of coins, medallions and shells, included a few other shells with carvings by Bellekin. The intensity of the 18th-century shell collectors’ mania led to
high prices being paid at auctions for Bellekin shells, which almost always were given separate descriptions.

In his account of his visit to Amsterdam in 1711, Zacharias von Uffenbach says about Bellekin in connection with his visit to the turner, Luther:

“In addition, he showed us many drawers containing all manner of shells, including many beautiful nautili and mother-of-pearl shells carved by C. Bellekin, who was the city’s best carver of mother of pearl. They were worked cleanly and beautifully, although their drawings were not exceptional”
(Zacharias von Uffenbach, ‘Merkwürdige Reisen durch Niedersachsen Holland und Engelland, 1754, Dritter Theil,’ p. 543).

Uffenbach refers to Bellekin by name, indicating that he was famous and also makes it clear through his remarks that Cornelis Bellekin is deceased. In addition to von Uffenbach’s remarks, numerous words of praise for Bellekin are to be found in many an eighteenth-century auction catalogue. For example, in that of Petronella Oortmans La Court (21 October 1707), his work is celebrated as follows: “Below, various mother-of-pearl conches and shells, all of which were carved with the greatest of artistry by the renowned Bellekin.”

The auction catalogue featuring the rich collection of Simon Schijnvoet (26 August 1744) is preceded by an announcement that “this highly reputed and extremely exceptional collection of the rarest of conches, shells and coral etc. of every possible kind, including many which are no longer known, a number of which were carved with great artistry by Belkin […], shall not be auctioned, but shall be for sale directly,” this in order to keep the collection intact – a vain ambition, as it turned out. The collection was described and commended in a separate catalogue. It is certain that Schijnvoet possessed at least eleven shells of Bellekin’s, encompassing a range of subjects. When Arnoud Leers’ shell collection was auctioned in 1767, the title page contained the following announcement: “Catalogue systematique d’un magnifique cabinet de très belles coquillages et crustaces parmi lesquelles il y en a d’extrêmenent rares, & d’autres gravées & sculptées avec art par Belckin […]” (Systematic catalogue of a magnificent collection, containing exquisite shells and crustaceans, including some extreme rarities, as well as others artistically engraved & sculpted by Belckin).

Bellekin’s mythological scenes form the highpoint of his oeuvre. He clearly had a great affinity for the world of gods, demigods, wood nymphs and satyrs, as attested to by various examples which have found their way into museum collections. Unfortunately, though, most of them feature constellations of mythological creatures that defy pinning down, making identification with the help of 18th-century auction catalogues extremely difficult, as then as well, their subjects could not be determined, such that their descriptions frequently state nothing more than mythological scene.

This object is featured in TEFAF Catalogue 2016 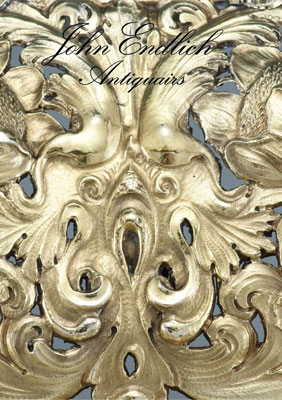 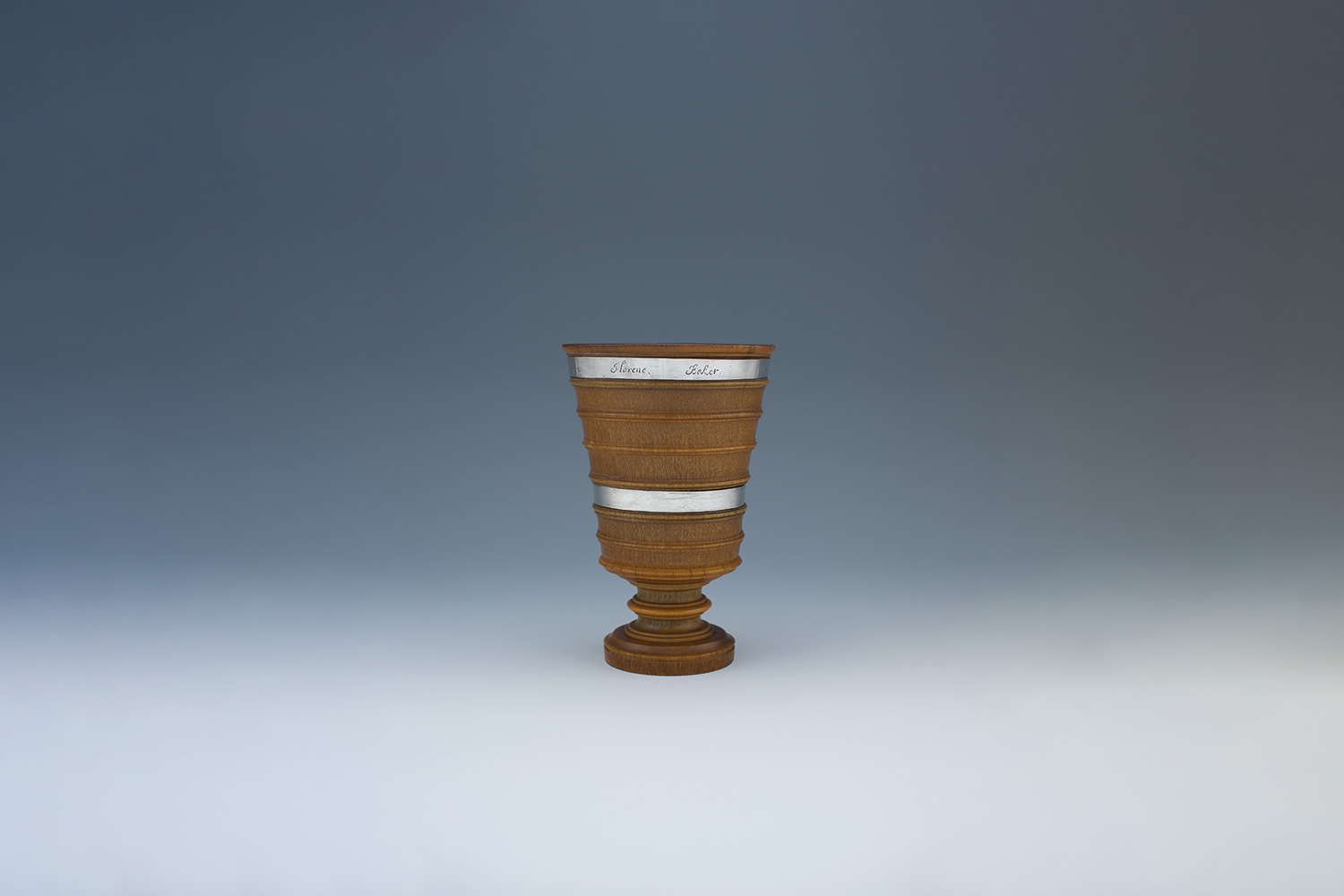 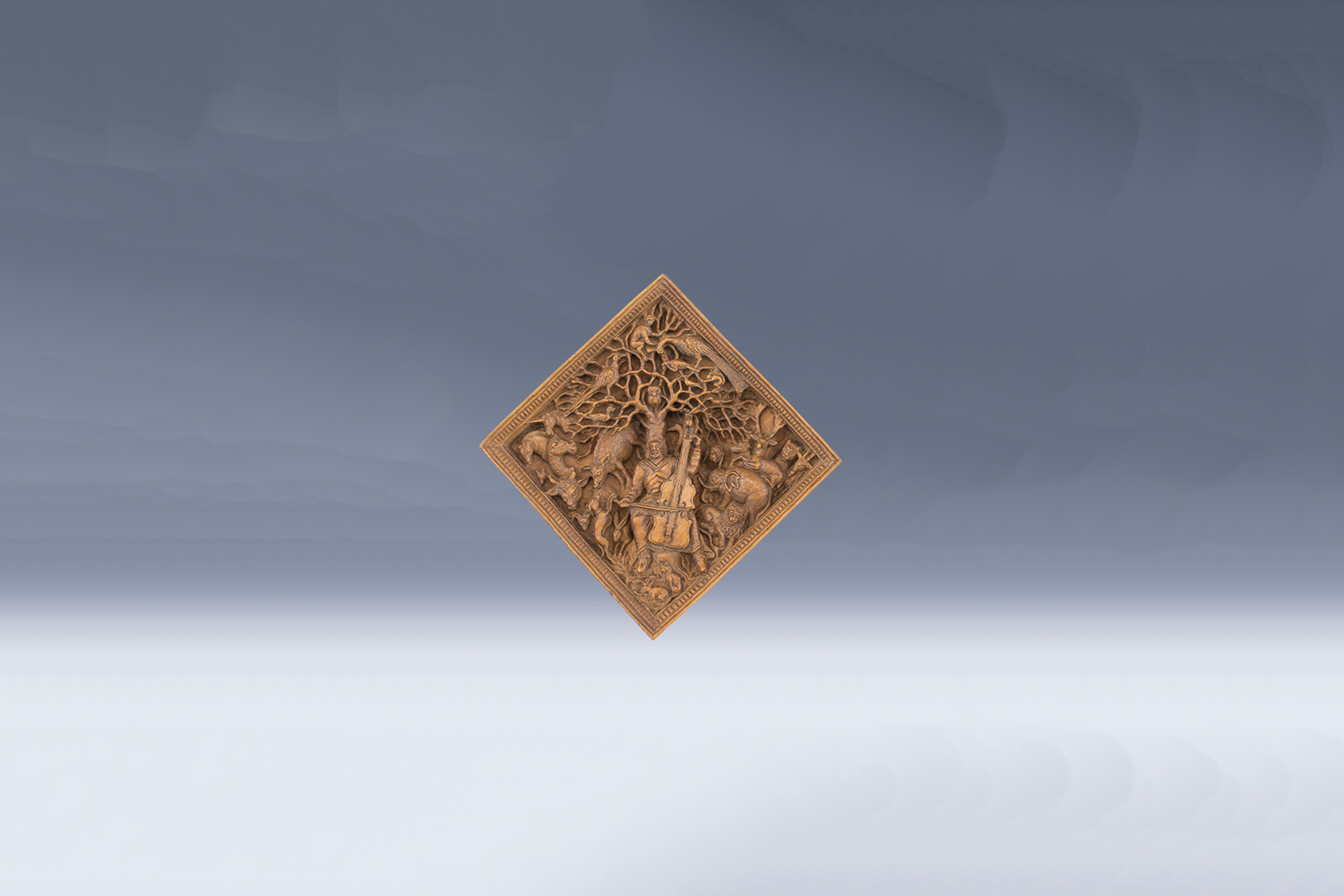 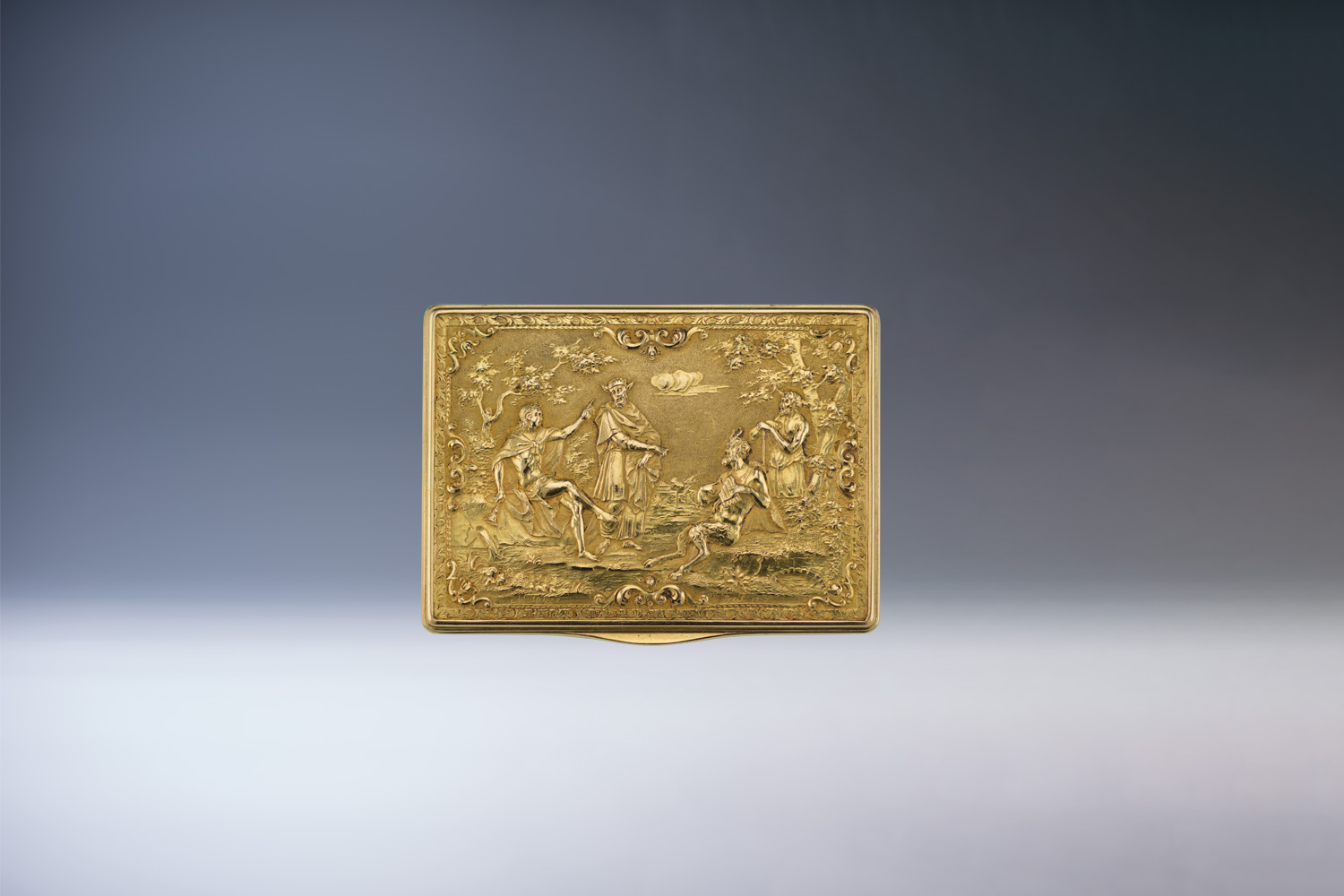